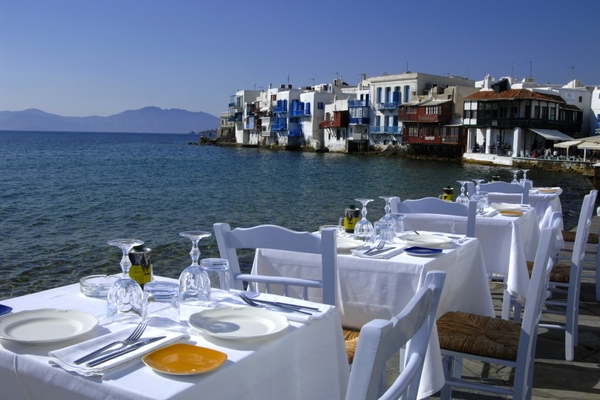 An ever growing ecosystem of technology startups is on the rise in Greece. Mostly in Athens, these startups can be attributed to a couple of things, namely a highly skilled workforce who couldn’t get a cushy job at the country’s public sector.

Secondly, the staggering rate of youth unemployment, which reached 65% in May for people between 15-24, has led to many young people creating jobs for themselves. It is my intention to cover the activities of these young and energetic Greek startup companies via this blog.

I’ll start with Greece’s heavy tourism industry, as according to the latest figures from SETE, the Association of Greek Tourism Enterprises, Greece is on track for a record year of 17.5 million international arrivals and €11.5Bn of direct revenue from tourism.

So it comes as no surprise that a number of Greek startups are one way or another related to the tourism and hospitality industries.

This blog post will focus on travel startups with a technology twist. It’s exciting to see that Greek travel startups are solving a variety of problems present in the tourism industry, from fancy algorithmic travel matching and selling of TripTao and Offerial or the alternative approach to finding accommodation of Travelmyth, Triptao, Captainwise and Vervendo. Innovative solutions to discovery services for local attractions and experiences from Locish and Dopios, also figure prominently.

If you are looking for a culinary tour of Athens, to kitesurf with the pro’s in Paros, or attend a craft beer tour of San Francisco, Dopios (www.dopios.com) has you covered. Dopios (which means “local” in Greek), launched initially with the aim to introduce tourists to the “real” Greece. Today, its objective is to become a global community marketplace of tailor made travel experiences curated by locals. Dopios is trying to solve the perennial travel problem of finding the “real” experience while traveling, allowing you to find alternative travel experiences to the usual travel guide faire. It is already offering local experiences in Athens, Paris, and Berlin, as well as in a number of locations in Greece, Spain, Costa Rica, Istanbul, Switzerland, Romania, Italy and the US. Next month will see the official launch of the Dopios London community, with more popular European destinations to follow. Dopios has raised a seed investment round of €120,000 with the Jeremie Openfund II.

If Dopios takes a more macro approach to local travel experiences, Locish (www.locish.com) takes a more micro approach. Locish allows users to query local subject matter experts on what to do at any given time in a destination, i.e. What’s the best budget chinese in San Francisco Chinatown? These recommendations come from people with similar lifestyles and tastes, and are not “one-for-all” recommendation systems like Tripadvisor and Yelp. Locish has launched in Athens, New York and San Francisco, with the whole of the US coming soon. Locish has raised a seed investment round of €60,000 with the Jeremie Openfund II.