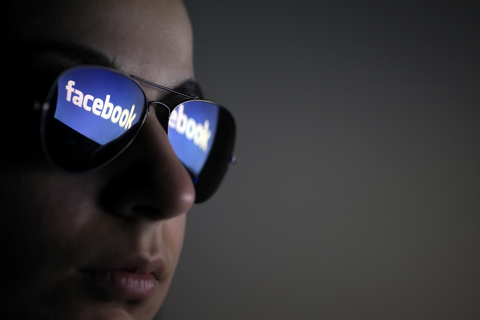 Facebook was launched in February 2004 by Harvard undergrad students as an alternative to the traditional student directory. Its popularity quickly spread to other colleges in the US by word of mouth, and the site now registers close to 15M monthly UVs and over 6B page views per month. Facebook has completed two rounds of venture financing at very high valuations, the first at a valuation of ~$100M and the second at ~$550M (valuations are unconfirmed). These valuations were driven by the multiple acquisition offers that Facebook has reportedly turned down (the latest was a rumored $750M offer). Facebook is already generating significant revenue, so despite all the valuation and web traffic metric hype, it has also established a very real business.

Provide pre-existing offline community with a complementary online serviceFacebook had its initial success with college students by providing an information service that was not available offline – an interactive student directory containing each student’s class schedule and social network. Before Facebook added the feature sets it has today, it was simply a more complete student directory. Facebook did not create a community where one never existed before; rather they provided an important information and communication service to a pre-existing offline community.

While students already had a loose affiliation with all fellow students at a college, they didn’t have an easy way to learn more about their fellow students outside their direct social network. Given the large class sizes at most universities today, students don’t have the opportunity to interact with very many of their fellow classmates during class. I remember the days I spent at Berkeley in 200+ student lecture halls scanning the crowd for attractive girls or previous acquaintances.

Although I am highlighting one particular use case, initial Facebook usage was indeed driven by dating type activity – checking people out, learning more about crushes, light stalking type of activity, etc. The larger picture here is that Facebook created a high utility online service for enabling pre-existing social behaviors within an offline community. This makes for an interesting lesson learned: it?s easier to piggyback off a pre-existing community with offline behaviors that drive online service usage. Restrict user registration (and other behaviors) to build desired online service Facebook made important product decisions that ensured harmony and trust between the offline community and the online service created. Facebook originally limited membership to those users who could verify they had a “.edu” e-mail address for the college they attend. Facebook also placed limits on the ability to search or browse users to the college that the user attends. These measures aim to make users feel that the site is exclusive and limited to members in their offline community (colleges and universities). In the early days of Facebook, something like 30% of users actually posted their cell phone number on their profile. I?m not sure whether this statistic is still valid, but it supports the notion that users trust who is viewing their profile.

Prior to launching Facebook, Mark Zuckerberg had experimented with a number of different web products. In fact, his first attempt targeted at the Harvard student body was called FaceMash, which drew criticism from the University and some students, prompting Mark to drop the service.

Mark launched Facebook (at the time called thefacebook.com) in February 2004. Once the site was ready for users, the Facebook founders blasted e-mails to Harvard students to let people know about the site. The team had access to the e-mail addresses of Harvard students at each dorm.

There has been much speculation in the blogosphere and mainstream press regarding who will buy Facebook and for what acquisition price. I have heard from reliable sources that Facebook did indeed turn down acquisition offers for ~$750M earlier this year. Recent reports have claimed Facebook is in acquisition talks with both Yahoo and Microsoft for ~$1B. Is such a lofty valuation for Facebook justified? It all depends on an evaluation of future growth prospects, but I think that there is a misconception in the blogosphere that Facebook is not generating much revenue. On the contrary, Facebook was generating almost $1M per week in advertising revenue in Q1 2006. It is likely that Facebook will generate ~$50M in revenue in 2006, up from ~$10M in 2005. Some reliable sources believe that Facebook will do ~$200M in revenue in 2007. Given that Facebook has been guaranteed $200M in revenue over three years by the Microsoft advertising deal, the 2006 and 2007 revenue numbers seem attainable. If the 2007 revenue goal of $200M is reasonable, a 5X forward revenue multiple does not seem to be an excessive valuation multiple. Many people also point to the fact that Facebook is considerably smaller than MySpace from a site traffic perspective and hence should have a lower valuation than the ~$500M that MySpace was purchased for. This type of comparison based on unique visitors and page views is clearly flawed because not all page views are created equal.