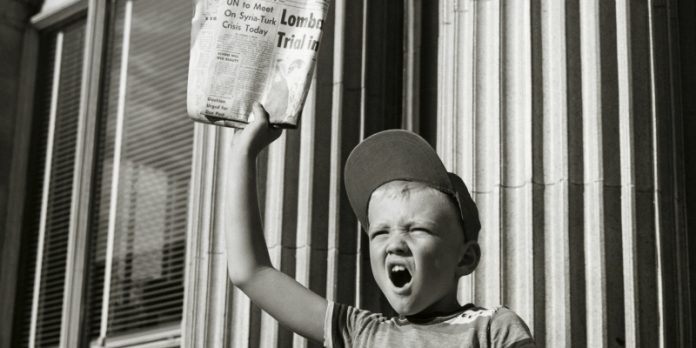 I googled it. More than 1.6 billion hits.

“It must be something really common”, I thought the first time I was asked to write a Press Release. And well, it is. Some might even say it’s outdated, old-fashioned. One part of me agrees. The other has seen it work. It’s just another free (or almost free) exposure, and we all know cost-effectiveness is of huge importance for early-stage startups.

In this article, we’ll explore the basic concept of a press release from the startupper’s perspective and share some best practices for people who “don’t really have a marketing budget” yet.

Let’s see how it works.

What is a Press Release?

How I understand it: it’s the most controllable communication channel between your startup and the world. A statement from your company to anyone who’s willing to listen to you.

What a Press Release is not?

It’s not your something you write on your website: The Press Release lives somewhere else. It lives somewhere people who don’t know you yet live. You can publish it on your site as well, for SEO and discoverability purposes, but it’s definitely not enough and that’s not why it was invented.

It’s not a blog article: It has a pre-set structure, it includes some breaking news, and it looks sort-of-objective (yes, looks).

Why publish a Press Release?

*usually applies to bigger companies or when things are really really bad, we can ignore the second case for now

For me, it’s the most cost-efficient way to create awareness. It’s a way to speak the same language as journalists (we’ll talk about them later). It’s public. It’s on the internet. It’s on an independent publisher who, if you are a bit lucky, can be large enough to add some brand value to you. It will stay there forever, therefore it builds your history and long-term credibility for when other companies decide to look into you. Finally, it may create some interest from journalists to look into your company now and write more about it.

When to publish a Press Release?

This is also dependent on your industry. Some B2B industries are more familiar with Press Releases, while it’s quite less frequent for smaller B2C brands. As a rule of thumb, wait a couple of months after your last release, but make sure you don’t miss out 2-4 times a year on this opportunity. Big corporations might go for several times a month. Startups usually don’t have so many breaking news to share, so be aware not to sound like the boy who cried wolf.

Components of a Press Release

Can’t stress this enough: there should be some breaking news to share. Something that will make people who read this raise an eyebrow and say huh? – usually in a good sense. Examples of shareworthy stories include a new big round of funding, a major partnership, a big contract with a corporation, a new exciting product.

Some other interesting stories that you can write a Press Release about would be a new, long-awaited feature on your product, a great executive hire, opening a new market. These last ones are not as stimulating as the first ones but could still do the trick.

Stories that are not interesting for Press Releases: a salesy description your current product that was released one year ago and its exciting (old) features, you smashing your sales targets, growing your team from 5 to 10 developers, and anything that somebody who doesn’t love you would ask “and why should I care?”.

Writing the Press Release is relatively easy if you follow the template. First collect all the main and additional points you want to share, google any Press Release and follow its protocol. Start with the date and location, summarize all the news in one paragraph and you are done with the first one. Then analyze your points in two or three paragraphs, using third person, as if a narrator were speaking about your company. Always include one or two quotes from key people of the story, and as always, the fastest way to get a quote is to write it yourself and then send it to the person to approve/improve it.

Finish the structure with a boilerplate and media contact information. Boilerplate is the one paragraph that starts with “About CompanyName” and summarizes who your company is and why what it does is important. It includes the scope, the mission, a couple of highlights, and maybe a few indicative numbers. You can find very useful information about a company and how they position themselves if you google “About CompanyName”.

As a cherry on top of the Press Release, or should I say in the bottom of it, I suggest you create a Press Kit. This can be a link to a Google Drive folder that has inside some visuals and additional material for any journalist who might be interested in finding out more about your company. Photos of the founders, of the people, logos, maybe some past press releases, all those things that could make their lives easier.

I’m not a PR agent and I have never worked closely with them. If you do, then they probably have told you everything that’s in this article or they have already done everything for you. That’s awesome, you have professionals to do this job for you, they (usually) know better than both of us what they are doing.

If you don’t, please, don’t spend a fortune to publish your press release on the most prestigious distributor out there. I’ve heard of cases where people spent almost a thousand euros to publish their Press Release on a big distributor and got zero clicks out of it.

At the end of the article, I’m attaching a list of free distributors. They pose a few limitations like you are not allowed to attach photos or more than one link, you may have to tolerate ads by your text and so on. These ones usually have a small fee to remove the ads, in the range of 10-100 euros. Still, better than 1000.

I suggest you post it on as many distributors as you can. After all, you only need one big publisher to pick you up, so anyone of them bringing you in the eyes of the right person is good enough. I’m saying you only need one because the moment you are on Techcrunch, you’ll suddenly see your company’s name everywhere. One big is enough.

The hard truth about journalists and startups is that their vast majority don’t really care about your press release. What they do care about is a story. Avoid sending bulk press release emails to journalists, and instead, try to build some personal relationships with them by providing them with additional value. This could be an exclusive interview after a big success, the find-out-first benefit, a ready-to-publish article with insightful views of your industry, a beer after work – whatever works. That being said, when you have this hot Press Release on hand, it won’t hurt to keep everybody updated by sending it out to all your media contacts list, just keep your expectations low on this one.

Another way to connect with reporters is the Help A Reporter Out platform. That’s where the journalists source stories and there might be a good chance you match what they look for.

In a nutshell, Press Releases are the good old way to communicate a great story. It’s structured communication between consenting parties with the aim to break some news and provide publishers with all the information they need about you. It’s possible to distribute the press release in a very low or no cost and keeping your journalist friends happy always helps.

How to Write a PR & Template (Hubspot)

How often should we send out a Press Release? (Quora)