Tedxaueb: We redefine reality, inspiring and motivating our generation to shape its future, turning ideas into action. We call for changing the perception of our current state. We believe that a crisis is an one of a kind opportunity to redefine “normal”; models to behaviors, tactics to rules. We promote ideas that change the game, step out of the crowd and make the difference. It’s about the classmate who made a simple choice, about the professor who did a small change, about the entrepreneur with the crazy idea, about the person whose reaction towards everything he doesn’t like, is to do something about it. We inspire, connect, question, motivate, and lead action for our university and the youth of Greece. There is nothing more powerful than an idea whose time has come.

A dreamer who strives to be a Doer. Born and raised in Athens, Mazin hails from Khartoum, Sudan. He studies Management Science and Technology in Athens University of Economics and Business, is passionate about technology, basketball, management, leadership, volunteerism, AIESEC, TED and the city of Athens. Mazin loves his major, as he finds the combination of Information Systems and Management harmonious. He has experienced volunteer work in Egypt, working with university students on skills development and for the last 2 years he has been working voluntarily in various positions of AIESEC Greece. Trying to engage and inspire our co-students for a bright and sustainable future, for Greece

Kostapanos is a young professional defined by his passion for events, trainings and volunteering. He is an enthusiast multitasker, addicted to ideas and backpack traveling. Having grown up through AIESEC and TED, he is currently pursuing his BA in Business Administration at AUEB, whilst specializing in Project Management. Kostapanos aims to use his creativity and commitment in order to give the world a better shape; he recently found GloVo, a startup that seeks to match volunteers to the events they mostly fit in.

Whoever first meets her will describe her as a low profile person, but her friends know that once you get to know her she won’t stop talking! About what? Kenya, where she spent a month and a half as a volunteer at a school through AIESEC, her university, social enterpreneurship, her dog Pin and all the great things going on! Apart from talking though, she likes to listen and try and help others, especially when it comes to topics such as “what I want to do in my life”, but also listen and learn from others, and at these situations, she prefers to think more and talk less.

Nora is a undergraduate student at Department of Management Science and Technology specializing in Finance. When she is not busy with TEDxAUEB, she is dedicated to SAFIA, a nonprofit student organization about foreign affairs. Nora loves travelling in places where cultural treasures are hidden and she is passionate studying foreign cultures. She learned about TED at the age of 15, and ever since she always wanted to contribute to such an organization and support ideas that can create a better world. She considers a blessing, the given chance to share her passion and show young people that no matter what the circumstances are, there is always potential to turn an opportunity into success! The least you have to do, is give it a try!

Georgina is a young student constantly seaking for new opportunities, unique experiences and life-changing adventures. Her main characteristics are passion, creativity and commitment. She is a multitasker and always up to something new. Volunteerism is a big part of her life. Apart from being a TEDxster, she is an AIESECer and a student of AUEB at the Business Administrator department.Georgina loves books, piano, traveling and extreme sports. She is inspired from innovative people, doers who bring a positive impact to the society and do not settle down. Her motto is : “If you are in control, you are going too slow”.

Elina is born and raised in Athens and she is the oldest child of a six-members family. Her school years marked her participation in global student competitions of Microsoft and the initiatives she undertook as the president of her class committee. She entered Athens University of Economics and Business as a student on Business Administration and simultaneously is an active member of AIESEC. Her term as Vice President in AIESEC Athens in Egypt and Serbia gave her precious experience and knowledge on Marketing and Communication. She is an ambassador of TED philosophy and via TEDxAUEB she wants to spread the message of change and action among the young generations of Greece. Her passion is social entrepreneurship, marketing, education, travels, music and intense experiences. 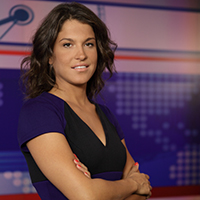 Sylvia V. Klimaki works at Skai TV in Athens. She produces, scripts and presents a taped, one-hour show (www.stinpraxi.gr) that has as ultimate goal to restore faith and to encourage Greek society to move forward. She is also the anchor of the daily morning news. Before, she worked as a reporter at The National Herald of NYC. She also worked as a production assistant at Mediakite â€“ a documentary and news production agency in New York. Prior she worked at CNN in London UK as a production assistant for the Business Traveller Show. She received her MA in Chinese Studies and Business in 2009 from Harvard University. She holds a BSc in Management Science and Technology from AUEB. She studied Mandarin at Fudan University Shanghai, Sisu University Shanghai and Beijing Language and Culture University.

Philip is a UI/UX Designer based in Athens, Greece. As an Informatics undergraduate at the Athens University of Economics and Business, he has cycled through various positions in the Web and Software Design Industry, including Back-end and Front-end Development as well as Branding and UI Design. Philip is a Student Partner at Microsoft Hellas, a founding member at ThinkBiz and has been awarded for co-founding Eclipsis, a Voice Assistant for Social Networking. He is a UI Designer at Niobium labs, serves as CCO of Sneak Aces, a Greek based Clothing Brand and CCO of iARK, a Digital Media Agency with concentration in Entertainment and E-Business. He has also been a member at the Natural Language Processing Group of AUEB, under the guidance of PHD Ion Androutsopoulos, till mid-2012.

Fani is an undergraduate student at AUEB, in the department of Management Science and Technologogy. She loves travelling with her friends, because every trip, brings her closer to new experiences. She is interested in many fields, such as entrepreneurship, innovation, technology and psychology and she always enjoy discussing and cooperating with people from other cultures. Her passion is to share her creativity and ideas with others, in order to have a positive impact in society. The most important thing for her is to be open-minded, because life is about the different people you meet and about the things you create with them!

Spyros is a Pireaus-based undergraduate student in the Department of Managerial Science and Technology in AUEB, specializing in Information Technology. He is pursuing a career in software development and acts as the back-end developer and IT support of the TEDxAUEB Project, while contributing to the branding and promotion of the event. He is currently reasearching on the field of Big Data Integration and is a co-founder of an aspring Greek startup in the Microsoft BizSpark program. He is drawn to the TEDxAUEB vision and roots for a change in the reality of Greece and AUEB. He also likes cocktails with little straw hats.

Born and raised in a provincial city where every summer, before the school term began, he heard the same words: “Aris, you have to study hard this year”. He entered first in the B.A. department of Athens University of Economics and Business, but “lost” his way later on and found himself involved in Startups, TEDx events, personal development books and people with a different philosophy of life, the well-known “doers”. Currently, he is getting ready to graduate from University, while at the same time he is getting involved in a hundred more projects, one of which is GloVo, a startup he founded with 4 fellow students, who didn’t know how to spend their nights, too. He loves volunteerism, sports, travelling, entrepreneurship and a couple more things, that he doesn’t remember right now.

Fotini is a recent graduate of the department of Marketing and Communication of Athens University of Economics and Business. After a year in France for her Erasmus exchange, her reality got totally redefined! She loves learning about different cultures and their languages. She is passionate about communication, and the protection of the environment. Currently, she works for DMST Media, seeks for challenging opportunities and cannot live without her friends and her laptop. Her motto is “The future belongs to those who believe in the beauty of their dreams”, a quote from Eleanor Roosevelt. So let our dreams become true and redefine our reality! 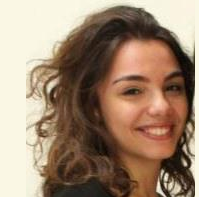 Margarita is an undergraduate student of the department of Business Administration of Athens University of Economics and Business. Her friends will describe her as an optimistic and energetic person, social and communicative as she likes meeting new people and “doer” as she wants to put ideas into action. Currently, she works for AIESEC as International Social Internships Manager and Executive Board Member. What she admires the most is the value of volunteerism, innovation and meeting new cultures and people and what drives her in life is challenges. 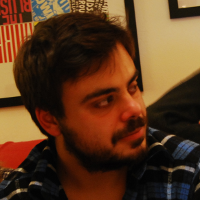 Filippos is passionate about entrepreneurship, learning and empowering people and ideas. He loves thrills, stories and bringing initiatives to life. He has been invloved with various projects and organisations, from AIESEC, Ashoka Argentina and Athens Video Art Festival, among others, while studying Management in A.U.E.B. Lately, he divides his time between the HUB Athens, TEDx AUEB and InMediTerraneum Festival. His fields of expertise include Event Management, Sales & Account Management, Business Development & Marketing. He calls himselft the Clever Idiot, whatever that means. 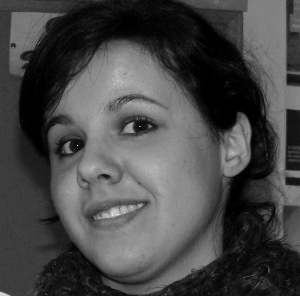 Lenia is a recent graduate of the department of Economics of Athens University of Economics and Business.She loves whatever it has to do with education,enterpreneurship and learning experiences.She had an active role in organisations like AIESEC and KETHEA and she learned the importance of team work and personal contribution.When you meet her,she will listen to you.When you meet her again,she will start joking with you.Her friends describe her as a calm and optimism person with an extraordinary way of thinking.The expressions that follow her in life are “seize the day” and “follow your dreams”.